Here we go again with something that seems ordinary but for those who love nostalgia, this for you folks. Google Snake, a game we love and admire. It’s one of the games that help us spending lovely times.

A simple game but exciting, move the snake around with the arrow keys, eat to grow bigger, and avoid hitting your own tail. That game will bring you old memories, feelings, and nostalgia. Just have fun playing this lovely game.

In this article, I’m going to ask some questions that will be interesting for you and help you achieve amazing goals with this game. Let’s find out more together.

When the snake eats, it grows longer and the game ends once the maximum number of what the snake eats is eaten or the snake hits itself or the border.

Every time the snake eats an apple, for example, its head, and tail swap places.

The apple, for example, moves around the board, bouncing off the border and the body of the snake.

Along with the corresponding lock, a key symbol will appear. The lock block unlocks allowing the snake to collect the banana, for example, hidden behind When the key is collected. It will be a game over if you running into lock blocks.

Your snake will be shown in segments, some of them you can see and the others are not visible. So, your snake can move through them without dying.

There are no walls that can stop you because it endless map. The only way to lose is by hitting the snake itself.

In this mode, two (bananas) are on the board at any given time. When the snake eats one of them, its head will start coming out of the other banana. Also, it can pick any direction. The game ends when bananas can’t spawn anymore. In Portal mode, bananas can’t spawn within a radius of 2 blocks around the snakehead after a banana is eaten. So that, you won’t instantly portal into a location without being able to react. Also, The snake’s moving in Portal mode is slower than its moving in Classic mode.

At every time your snake eats, a brick wall appears on the map. So, you have to avoid hitting these bricks to keep playing.

Your snake will live forever unless you want to stop the game. Borders will not stop your snake, you can move it into walls and it will come out of the other side. The game ends only when you press a stop button in the top right corner, or when the maximum amount of strawberries are eaten for that level size.

Can you pause Google snake?

To control the snake just use arrow keys. Also, to pause the game, I tried Pressing ‘Space’ but doesn’t work. Even, I tried pressing CTRL + (+), and didn’t work either.

What is the Highest record of Google’s Snake Game?

How do you get a rainbow snake in Google’s snake game?

2- Press on the start play button.

3- Press on setting ( bottom left ) from the game window.

4- On the 6th row, you’ll find different colors for the snake.

5- Just move them to the left until you find the rainbow snake.

How do you beat Google’s snake game?

3- Try to keep staying on the Edges of the Snake Game.

4- Zig-Zag Your Way Through the Snake Game.

What happens at the end of the game?

After eating 252 apples in Regular map size, a window pops up and shows your final score with winning music, celebrating your win.

What are the levels of Speed in the game?

Rabbit referring to a faster speed (1/3 as fast).

Turtle referring to a slower speed (1/3 as slow).

How many sizes of the game map you can choose from?

What are the Colors of snakes in the Game?

Note: in Yin Yang mode, it will be two snakes. So, the color of the 2nd snake shown in parentheses. 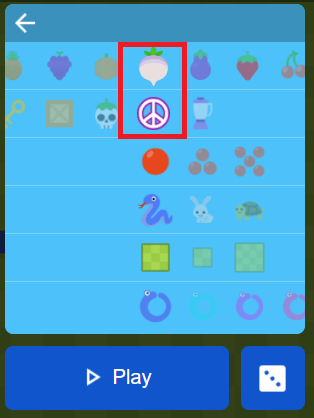 This Mode disable walls and you can touch the snake, Try it your self!

To sum up, Google Snake Game is one of my favorite games of all time, a simple game, fun to play, and brings me some good feelings. For sure, I recommend it for you folks to have some fun and bring the challenge. In this article, I hope you enjoyed it and get answers to the questions that in your head.

Here are some articles for you

Garmin Google Fit: How to sync?

How to connect dstv decoder to tv

How to connect Instax printers

How to connect dstv decoder to tv

How to connect boat airdopes