How to play solitaire online

We all remember, or well most of us do when windows XP was the height of technological development. When the dial-up didn’t work and connected us to the internet, and the only thing we had left was playing Solitaire. I’m sure we all get very nostalgic when we remember it. Today we’re going to discuss with you, the different types of games, how you can win, and where can you play them? Because let’s be honest Windows XP is something out of the stone age now. We are also going to answer the frequently asked questions about the game.

Classic Solitaire, which is also Klondike, is the most popular and simple game of solitaire. Where to win, you only have to move all the cards from the tableau to the foundation, and it’s played with only one deck.

Spider Solitaire, is a game where you have to organize all the cards in descending order from the King to the Ace. Once the run is completed it will be automatically removed from the table. When the table becomes empty you’ve won the game.

What is the trick to winning solitaire using different strategies?

How many moves are there in solitaire? 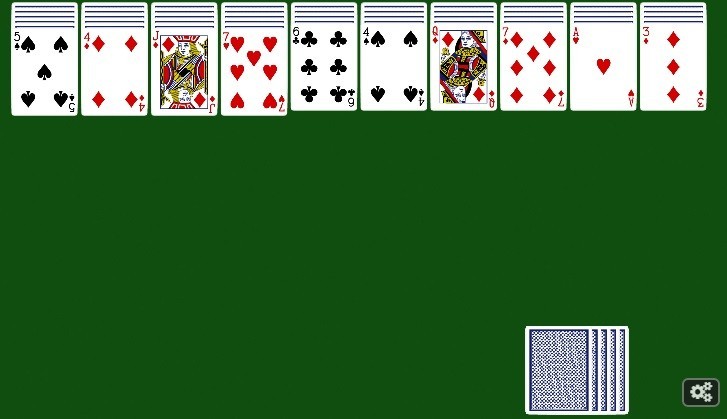 Is there a way to win solitaire every time?

No, you can’t win all games, but most of the time the games are winnable, you just have to have at least one winnable path.

What is the world record for the fastest solitaire game?

Do you have to make a move in solitaire?

The hardest and most basic lesson to learn in a game of solitaire is not to make any unneeded move. As it makes it harder to move your cards later in the game.

What is the average time for a game of solitaire?

Without using any sort of program, the average time for the game is around 11 minutes.

What is the point of solitaire?

The point of a this game generally speaking is just having fun. But, if you want to get technical, the goal will be for the player to organize a deck of cards into 4 stacks in ascending order from Ace to King.

Is Solitaire good for the brain?

Simply put Yes, it is, it’s a good game for the brain. the more complicated answer is that unlike logic games solitaire does not need a high level of concentration or logical thinking, the game softly stimulates the brain and makes you relax, without shutting off your brain completely.

Are there professional players?

To simply answer Yes, there is, you can generally play for free in the practice league, but it takes a lot of time and effort to bear fruit. In order to make the big bucks, most of the time you will have to make a small deposit in order to win a large amount of cash in the pro league.

Which solitaire game is the hardest?

There are four solitaire games known as the hardest in the world they are user-friendly, with top graphics and animation. They are Forty Thieves, Canfield, Scorpion, and 4 Suit Spider Solitaire.

What is the best free version?

That will depend on what kind of it you want to play, and whether you want to play online, offline, or on your phone. Generally speaking in a Google search you will be able to find hundreds of websites to play online like Solitaire and Google solitaire, and you will find plenty of websites to download from, and if you go to the app sore there are plenty of apps to play it on.

How many cards are face down in Solitaire?

To begin with, each player gets seven cards and the remaining cards are placed face down to form the stock.

What happened to the old Version?

Unfortunately, the old one is incompatible with windows 8 and 10.

What are the rules for the card game Solitaire?

When playing, it’s important to note that there are four different types of piles

1- 1st pile is the Tableau, which makes up the main table and consists of Seven piles.

2- 2nd is the Foundations, which is the Four piles that the sequence is built on.

3- 3rd is the Stock or the “Hand” Pile, they are the remaining cards from the stockpile and they are brought in to play according to the game rules if the card pack wasn’t used in the tableau.

4- 4th is Talon or “Waste” Pile, as its name indicates they are the cards that have no place in either the Tableau or the foundation pile.

If you’re feeling nostalgic about the early solitaire from Windows, then we have good news for you, Microsoft has the Microsoft Solitaire Collection, which you can easily install from the app. Otherwise, there are multiple websites offering free downloads that you can easily find with a simple google search.

Can you play solitaire without downloading?

Yes of course you can. Generally, there are a lot of online sites that you can play Solitaire on for free. The easiest one to find is Google solitaire or scroll down.

How do I get my old solitaire game back?

3- Then check to see if the solitaire-app is updated properly, If it’s not or if it’s not compatible with your current windows then it might not work properly.

4- Then you can choose to Roll Back to the Previous Build.

Does Google have free Solitaire?

Yes, as mentioned previously it’s the easiest way to play it online. 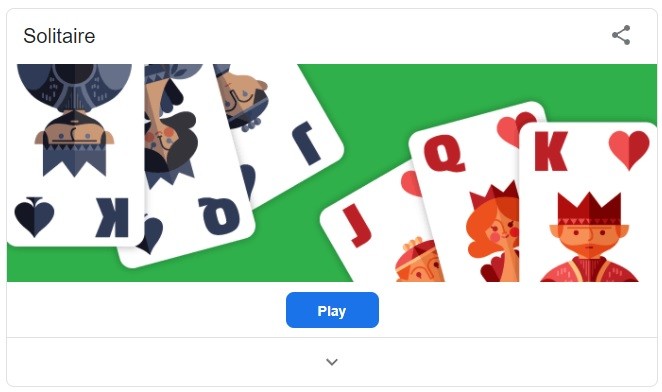 Playing online is a great way to have fun and pass time.

It requires that you use your mind. And as a game of skill, you will need a solid strategy in order to win without backtracking. We can’t fault people for enjoying it. You need to click new game, Click on setting icon on the bottom corner and start playing.