What is Digital Art

What is Digital Art

In this article ” what is digital art ” we gonna explore more about it and understand it more. Mathematics also played a big role in Digital art. So, let’s find out more.

Modern technology changed many things in our lives, including ways to communicate, travel, and leisurely. Electronic machines and computer simulations are revolutionizing science. Mathematics, one of the purest forms of human logic and inference, has also changed thanks to the computational approach.

Even art has undergone a profound revolution in the way it is shaped and appreciated with the help of fast processing and graphical outputs of computers until the distance between the artist, the computer programmer, and the mathematician becomes more blurred.

In the past, art was limited to static creations such as oil painting, sculpture, or photography, produced by the artist and then people see it.

These days, computer-based visual art allows enhanced dynamic art forms to evolve or expand before our eyes. We have an exciting possibility in computer-aided installations is interactive digital art that responds to the behavior of the viewer.

For example, by input via movements of a computer mouse or perhaps even by tracking the movements of different parts of the body. In this dynamic digital art, it is not so much the appearance of the final product as the behavior formed by the pieces of art over time. In fact, the viewer has a role in modifying the artwork. And it is possible that he or she becomes the artist himself. 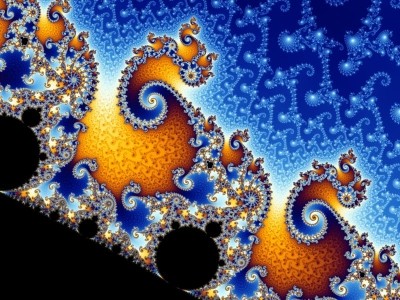 Role of Mathematics in Digital Art

Mathematics as the language of shape and form has played an important role in art. But the rise of computer-generated art further blurs the boundaries between art and mathematics. The process of programming, finding ways to store data, and then creating logical algorithms to generate the desired outputs, is in itself really math!

As the mathematics of physics is used to realistically recreate physical processes, and music is imposed on the computer. The use of computers to find these patterns and features that distinguish music from mere hype. A large set of mathematical challenges.

As a result, scientists and research technicians dominated the beginnings of computer graphics and digital art. Being the only people with specialized knowledge and access to operating rare and expensive computers at the time.

Until 1969, said Gus Richard, which was the value at the Institute of Contemporary Arts (ICA) in London:

“So far only three artists have produced computer graphics and the remaining artistic output to date is the work of scientists.” 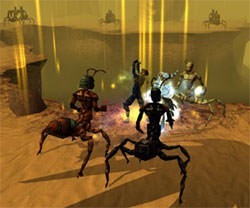 A clear example of the field in which computer-designed visuals have become important comes the field of the gaming and film industry.

Graphics in video games and computer-designed images (CGI) are also very popular these days in Documentary Films and TV shows and rely heavily on mathematics.

The models are used to animate the realistic physics of huge monsters and make this model into a realistic animation image. Especially the way light interacts with complex materials or surface structures such as wavy water or thick animal fur coats. It would be impossible without the computer, using mathematics with its various branches such as Cartesian coordinates, trigonometry, rays, and so on.

By the time the second part of Shrek was in production, the graphic artists had solved the problem. They were able to greatly improve realism by modeling the milk as an opaque liquid. In addition, they even considered it to be partially transparent, allowed the light inside to dissipate before coming out again.

They were so proud of this new skill that the second part contained flowing amounts of milk: whole tubs of it on the sides of the castle! We find that the realism of computer-generated graphics is constantly evolving. In the near future, we will not be able to distinguish visuals in computer games or visual art compositions from those in reality.

Computers pointed to a revolution not only in the production of visual art. Also, in how a piece interacts with its surroundings, with the artist, or even with viewers. Imagine that you are not only looking at a painting in passing in a crowded Art Gallery. But dancing in front of a composition with a display with colors and movement. And with an immediate response to your actions and their interpretation. Kinetic art forms can use various input devices and computer processing that allows for instant response.

These control inputs extend far beyond standard computers from a control panel or mouse. It can include a recorded clip of your voice captured by a microphone or your body gestures captured by a webcam. It can be very difficult to implement this form of interactive kinetic artwork that is controlled by movements as captured by the computer. But we need very complex solutions to enable a software program to identify features from a webcam. Choosing the brightest or darkest areas in their visual field is easy, but it is very difficult for the computer to accurately determine the head or hand of the performer of movements, especially when he moves and constantly changes the shape or brightness. 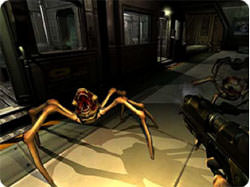 It clearly shows that the basic idea of dynamic digital art is to be present, test the motor performance, and maybe even direct it yourself. Everything about digital art is becoming more interesting.

How to update Graphics Driver in Windows 10