by avracham
in Consumer Electronics, SmartPhones
0 0
0

Xiaomi’s Redmi lineup is the crowd’s favorite in markets across the world as it took over shortly after the Moto G lineup lost its magic and the latest generation Redmi Notes came early this year with a major design overhaul, better processors, bigger batteries, and all the MIUI 11 features at your disposal. And as always, at a reasonable price point. They bring us Xiaomi Redmi note 9s a mid-tier smartphone that brings you what you seek at a suitable price.

The popular Redmi Note smartphones are at their ninth generation this year, and the initial limited run has enjoyed a warm reception. But the Note 9 lineup is now going global, spearheaded by the Redmi Note 9S and it’s we are about to see what it’s made of. The Redmi Note 9S is a bit difficult to decipher at first, but it is the same phone as the Redmi Note 9 Pro. 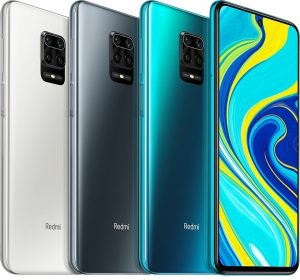 One of the reasons why consumers will easily get drawn to the Redmi Note 9s is its overall design. What I got is the Aurora Blue variant at it looks stunning from every angle. There aren’t any fancy color changes when light shines upon its back panel yet it maintains to be one of its attractive features. I particularly love the fact that Xiaomi places all the buttons on the right side, including the sleep and wake button. Not having an OLED screen makes it nearly impossible for the companies to put the fingerprint scanner under the screen, and that’s why it is on the right side of the Redmi Note 9S – that’s another recent trend. The Gorilla Glass 5 protected panel is slippery and not as smudge magnet as other smartphones with almost the same material. The camera bump is 2.5mm, which is among the thickest in the lot. It uses USB Type C, and works with USB OTG features like reading/writing to USB drives and using peripherals.

Big displays have been a part of the Redmi Note series’ DNA from the beginning, with each generation overshadowing the last. The Redmi Note 9S is no different. Thanks to its 6.67-inch display, it’s the biggest screen ever seen on the series, and it has a tall 20:9 aspect ratio. Viewing videos or playing games on this bigger canvas is enjoyable and immersive. It’s an LCD panel with a resolution of 2,400 x 1,080. The max brightness is just about adequate, but stronger outdoor sunlight can definitely overpower it. Because it’s LCD, the blacks and contrast levels are far from perfect, and you’ll probably mistake the blacks for greys. The colors otherwise are pretty accurate, at least when viewed head-on.

There’s occasional light bleeding and non-uniformity across the display, especially when viewing darker content, however, this is not very prominent and is easy to overlook. This was predominantly towards the sides and the notch. However, this seems to be an isolated issue and not one that anyone else reported, so it could be a defect with our early model. The display isn’t terrible in any aspect, it falls behind the competition in one key way: refresh rate, as the Redmi Note 9S has the ‘standard’ 60Hz instead of an increased spec.

Performance has never really been an issue on many affordable phones from Xiaomi, and the Redmi Note 9S is no exception. It is powered by the Snapdragon 720G chipset and was one of the first smartphones in the world to sport it. It marks the return of the Redmi Note series to Qualcomm’s camp after flirting with MediaTek in 2019. While the Helio G90T in the Redmi Note 8 Pro was great at gaming, it sometimes ran hot and it chugged on the battery. On the flip side, the 8nm Snapdragon 720G strikes a beautiful balance between performance and battery life. It does fall behind in GPU-driven tasks such as gaming, but in almost every other scenario, we are looking at a champion here.

For regular use, including bouncing between apps, social media, and other tasks, the phone never failed to keep up. There were no real stutters or unusually long loading times. If anything, we’d suggest staying away from the 4GB of RAM variant, as the OS usually eats up the majority of it. On our 6GB variant, memory management was amicable. It seems well optimized for MIUI, the Android fork that Xiaomi uses on its devices, too.

Long and reliable battery life has always been a feature of the Redmi Note series. The Note 9S takes it to the next level, with a massive 5,020mAh battery. Paired with MIUI 11’s frugal nature and the 8nm processor, it now claims the title for the best battery life we’ve seen on a smartphone recently. On almost every day of using the device as our primary driver, we would end days with over 30% juice left. The screen-on time was usually over the 10 hours mark, which very few phones have been able to offer consistently.

Even adding an hour or two of heavy gaming barely changed that. Just for the battery life alone, we would pick the Redmi Note 9S over many other phones. It also made us forgive how slow the charging is. The included 18W Type-C charger takes close to 2.5 hours to go from empty to full. Understandable considering the size of the battery.

The main camera uses a 48 MP sensor with a Quad-Bayer filter, probably the ISOCELL Bright GM2 sensor by Samsung. It’s a large sensor with 0.8µm pixels, and the lens has an f/1.79 aperture. The image output is 12MP. The 119-degree ultrawide-angle camera has an 8MP sensor with an f/2.2 aperture. There is automatic distortion correction applied when necessary, but you can opt-out of it. Then there’s the 5MP macro camera with 1.12µm pixels and lens with f/2.4 aperture. Autofocus is available, which is a rarity among those types of snappers and much appreciated. The last camera on the back is the 2MP depth sensor.

Switching between modes is like in every other camera app – swiping left and right will take you through all modes while tapping in the upper right corner of the screen where the “hamburger menu” resides will expand the options. The Macro mode was hidden within this menu, which is a bit odd. The real settings menu is in there as well, and it doesn’t offer anything out of the ordinary.

The Redmi Note 9S offers a 48MP mode, as well as a manual (Pro) one. Speaking of Pro, this one offers pretty much all the settings you’d need – white balance, focus, ISO, and shutter speed. The Pro mode works with the normal camera, the ultra-wide, and the macro. Manual 48MP pictures are also an option.

Xiaomi has been restocking this since the demand has been very high. While the device isn’t perfect (wonky HDR implementation and slightly smudge-magnet), but it has all the ingredients that make a good mid-range smartphone. It isn’t a flagship killer either as it’s performance is about half of the high midrange devices around, but both our artificial and actual gaming benchmarks are impressive, to say the least.

The Redmi Note 9S offers one of the most reliable experiences on a phone at its super-low price point. Its battery life is unmatched, the performance is always consistent, and the large display is a joy to use.